Columbia lawyer helps defendants show justification for use of force 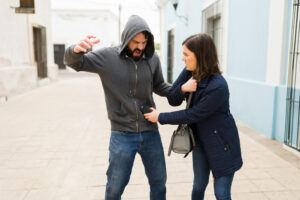 If you are accused of a crime of violence but you believe you were only fending off an attack, you may be able to raise justification as a defense to the charges. Jack B. Swerling, Attorney at Law is experienced in proving self-defense in South Carolina criminal cases.

What is self-defense in a criminal proceeding?

Self-defense can be raised in prosecutions for crimes of violence, such as homicide, attempted murder or assault and battery or as a defense to weapons charges. It may be used either to prevent your prosecution, win an acquittal or convince the judge to reduce your sentence if you couldn’t prove self-defense at trial. Mr. Swerling will assert this defense to the extent possible at every stage in the case.

The defendant has the burden of proving self-defense. You have the right to testify, although that isn’t always advisable since it subjects you to cross-examination that could hurt your case. It might be possible to prove the defense without your testimony, such as by presenting other witnesses on your behalf and cross-examining the alleged victim. If self-defense is an issue, Mr. Swerling will carefully prepare the best strategy for presenting compelling evidence.

Criteria for self-defense in South Carolina

To establish self-defense in a South Carolina criminal case, you must prove all three of the following:

If the alleged crime occurred before June 9, 2006, the date South Carolina’s “stand your ground” law took effect, you also must show you had no other reasonable means of avoiding the danger.

As an experienced South Carolina homicide attorney, Mr. Swerling will seek to introduce any and all evidence supporting a claim that you were acting in self-defense.

The 2006 Protection of Persons and Property Act — better known as the “stand your ground” law — makes it easier to prove self-defense in South Carolina. It allows you to defend yourself in any place where you have a right to be present as long as you are not engaged in unlawful activity, even if you have a reasonable means of avoiding the danger. This differs from the former “castle doctrine,” which limited this privilege to your home. You still must prove the three elements of self-defense listed above, but if someone has forcefully entered or is unlawfully attempting to remove someone from your home or occupied vehicle, it’s presumed you have a reasonable fear of death or great bodily injury. Mr. Swerling can effectively pursue a defense in a case where there is evidence to show that you acted in accordance with the stand your ground law. This may convince the prosecution to drop the charges or may lead to an acquittal.

Self-defense doesn’t always result in an acquittal, even when the stand your ground law applies. For instance, if you started a fight or threatened the victim, or if your fear of imminent death or harm was unreasonable, you aren’t likely to establish a “perfect” claim of self-defense. Nevertheless, an “imperfect” claim of self-defense can be a mitigating factor that might reduce the sentence you would otherwise to receive if you are convicted of the crime. However, a judge is not required to take it into consideration. A defendant convicted of murder will likely still receive a life sentence, even if they have an imperfect self-defense claim. However, such a claim may be used to obtain a more lenient sentence if you’re convicted of a lesser crime.

If you were charged with a crime in South Carolina and you believe you were acting in self-defense, Jack B. Swerling, Attorney at Law in Columbia can make compelling arguments and develop evidence supporting your claim of justification. Call 800-701-0599 or contact him online for a consultation.