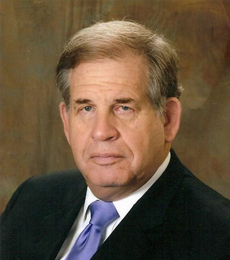 Jack B. Swerling is an active Columbia criminal attorney, litigator, writer, and lecturer. He focuses his legal practice on criminal cases in state and federal courts and a select group of civil cases. Mr. Swerling has been a member of the South Carolina Bar and licensed to practice by the Supreme Court of South Carolina since 1973.

In recognition of his work, he has been honored by election to several prestigious organizations that only invite attorneys into their ranks who have been subjected to a rigorous investigation of the lawyer’s experience, demonstrated skill, and character.

Prior to establishing his current law firm in 1991, Jack Swerling was a partner in the law firm of Swerling, Harpootlian and McCulloch. Prior to that he practiced law for ten years with his former partner and mentor, the late State Senator Isadore Lourie.

Throughout his years of practice as a Columbia criminal attorney, Jack Swerling has made more than 250 presentations in the areas of criminal practice and criminal law.

Columbia criminal defense attorney Jack Swerling has a reputation for vigorously defending the rights of the accused.  He believes that no matter what the crime or who the accused, every person should be afforded the best legal representation possible. If you are facing criminal charges or learn you are the subject of a criminal investigation, you may call our law firm at 800-701-0599. Our answering service will direct you to Mr. Swerling. You may also e-mail Jack Swerling at [email protected]. E-mails are checked regularly.