Attorney Jack B. Swerling – In The News 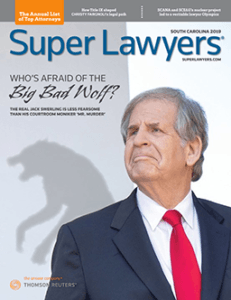 South Carolina criminal defense lawyer Jack B. Swerling has regularly appeared in the print media for some of his more widely known cases. He is often called on to comment on legal developments, cases, and personalities. He has also been the subject of numerous feature articles.

“When Jack is on my docket, I tell my law clerks, ‘You do not want to miss this. You are seeing one of the greatest trial lawyers in the state’s history.'”
-South Carolina Circuit Court Judge

Here are a few of the articles in the print media:

Jack Swerling has also been the subject of numerous feature articles. Here are a few of the articles in the print media:

Mr. Swerling is also known for his lectures, presentations and appearances as a trial lawyer, a criminal defense analyst or guest commentator on national, regional and local tv stations.

Among the shows on which he has been a guest are: