Hate crimes — those motivated by prejudice against the victim’s race, color, national origin, religion, gender, sexual preference, gender identity or disability — have been increasing in frequency in South Carolina. The state currently has no law criminalizing these offenses, but federal authorities are taking more aggressive action to prosecute them under U.S. law.

One of the most notorious hate crimes in South Carolina was the murder of pastor and State Senator Clementa C. 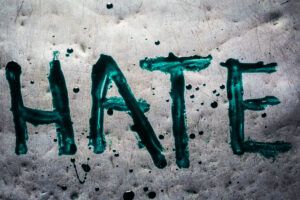 Pinckney and eight of his congregants, all of them black, by a white man, Dylann Roof, in Charleston in 2015. Evidence strongly pointed to Roof having a white-supremacist motivation. More recently, reported hate crimes in our state almost doubled from 57 in 2019 to 110 in 2020.

Hate crimes have been prosecuted by the federal government since 1968. A law enacted in 2009 expanded federal jurisdiction, so that hate crimes can be prosecuted as federal civil rights violations on any of these grounds:

The FBI has made combatting hate crimes a priority in South Carolina and is encouraging citizens to report them by phoning 1-800-CALL-FBI or by visiting tips.fbi.gov.

Under federal law, if the victim suffered bodily injury, a convicted defendant can be sentenced to up to 10 years in prison. If the victim was murdered, the defendant may be sentenced to life imprisonment or even death. In Roof’s case, federal jury voted for the death penalty after handing up guilty verdicts of 33 counts of federal hate crimes, obstruction of religious exercise and firearms charges. A federal appeals court affirmed the death sentence in August 2021.

Even when federal charges are not brought, the FBI assists local governments with prosecutions for such state crimes as murder, assault and arson by providing resources, forensic expertise and experience in proving hate-based motivations.

South Carolina might be on its way to adopting its own hate crimes law. The Clementa C. Pinckney Hate Crimes Act recently passed the state House of Representatives by a 79-29 vote and now goes to the state Senate. The bill would add five years to a prison sentence and impose an additional fine of up to $10,000 for a violent crime if a jury determines the victim was intentionally selected because of his or her race, religion or other defining personal characteristic as set forth in the law.

As a criminal defense attorney with more than 40 years of experience, I believe that everyone, no matter their alleged crime, is entitled to a vigorous defense. If you are charged with a criminal offense in federal or state court, call my Columbia law firm, Jack B. Swerling, Attorney at Law, at 800-701-0599 or contact me online for a consultation.