The South Carolina legislature is considering bipartisan-backed legislation that would decriminalize possession of small amounts of marijuana. It would also decrease penalties for first offenses of possession of certain amounts of cocaine or methamphetamine, requiring courts to order probation rather than jail time.

The bill, H.3571, is aimed at reducing the drain on law enforcement and judicial resources now 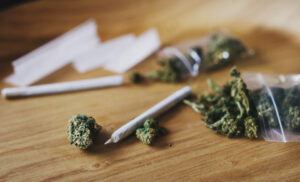 attributable to policing minor drug offenses. According to statistics in the bill statement, 65 people on average are arrested each day in South Carolina for drug possession. In 2007, possession charges accounted for 91 percent of marijuana arrests.

Under current state law, a person can face 30 days in prison for a misdemeanor if found guilty of selling marijuana or of possessing just over an ounce. A second or subsequent offense can draw a penalty of up to one year in prison and a fine of up to $1,000.

If the bill becomes law, a person found in possession of 28 grams or one ounce or less of marijuana or 10 grams or less of hashish would not be arrested but instead would be issued a citation. For a first offense, the person would face a fine of between $100 and $200. For subsequent offenses, fines could range from $200 to $1,000.

The bill also would reduce the penalties for possessing less than one gram of methamphetamine or cocaine base. Under current law, possession of those drugs in any amount is a felony, with a first offense punishable by three years in prison and a fine of $5,000. Under the proposed law, the maximum jail sentence for possessing one gram or less would be one year in jail and a fine of no more than $3,000. A second offense would remain a felony and be punishable by up to five years in prison and a fine of up to $7,500. A third or subsequent offense could result in a prison sentence of 10 years and a fine of $12,500.

The bill, currently with the House Committee on Judiciary, must be cleared by both the Senate and House of Representatives. The state legislature is now in recess and will reconvene in January. Until then, the present drug possession laws remain in force and a conviction can have a serious impact on your life. It’s crucial to have an experienced criminal defense attorney on your side who can fight for your rights and help secure the best possible outcome in your case.

Jack B. Swerling, Attorney at Law provides skillful counsel to clients throughout South Carolina who face criminal charges in connection with marijuana possession. Call 800-701-0599 or contact us online to schedule a consultation at our Columbia office.