Violent crimes in South Carolina have risen significantly over the past few years, with gangs, drugs and illegal access to guns playing major roles in the surge, according to a recent report. 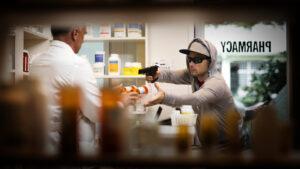 Murders were up by 25 percent and aggravated assaults increased by 9 percent from 2019 to 2020, State Law Enforcement Division Chief Mark Keel reported in early June. The 571 homicides in 2020 are the most South Carolina has seen since it began recording the numbers in the 1960s, Keel observed.

Murders and assaults aren’t the only violent crimes on the increase in South Carolina. The term “violent crime” covers a broad scope of offenses, which also include:

Being charged with a violent crime can have serious ramifications. Violent crimes are categorized as felonies in six classes (A through F) or as misdemeanors in three classes (A through C). Penalties can range from up to five years in prison for a Class F felony to 30 years in prison for a Class A felony. In addition, a murder conviction is punishable with life in prison or the death penalty.

Depending on the offense, you may not be eligible for release on bond, such as in cases involving murder and burglary in the first degree. Sentencing also can vary based upon the offense. For crimes that are classified as “most serious,” a sentence of life in prison with no parole is possible.

Facing these serious charges requires a carefully prepared and strategized criminal defense. In murder, manslaughter and assault cases, you may be able to prove self-defense, accident or other justification. South Carolina also recognizes the “castle doctrine,” which permits the use of deadly force if necessary for someone to defend themselves in their home. Depending on the circumstances and your prior criminal record, if any, your lawyer may be able to negotiate a reduction in the charges.

If you are facing charges for a violent crime, it’s essential to contact an experienced and skilled criminal defense attorney who can protect your rights. Jack B. Swerling, Attorney at Law offers reliable representation for those who have been charged with violent crimes throughout South Carolina. Call 800-701-0599 or contact us online to schedule a consultation at our Columbia office.