What You Should Know About Drug Trafficking Charges in South Carolina

Drug trafficking is a serious crime that can carry heavy fines and years behind bars if you’re convicted. However, many people have the wrong idea about what qualifies as drug trafficking. They may imagine a sprawling criminal enterprise that spans multiple states or involves a large distribution network. While drug trafficking can look like this scenario, it can also encompass many other situations. 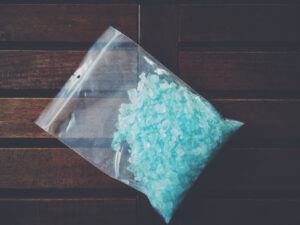 Under South Carolina law, you can be charged with drug trafficking for possessing a specific quantity or weight of a prohibited substance. You need not be

physically moving the drugs from one location to another to be charged with trafficking, nor do you need to have an intention to sell or otherwise distribute the drugs.

The quantities or weights required for a crime to qualify as trafficking vary with the type of illegal drug involved. Here are common examples:

In some cases, you can be charged with trafficking even for a lesser amount of drugs if you also have certain drug paraphernalia in your possession.

Fortunately, it is possible to fight back against a South Carolina drug trafficking charge. It’s important to get in touch with a South Carolina drug trafficking defense lawyer immediately after being arrested. There may be several defenses available to you. For example, you may be able to argue that the police failed to adhere to the proper procedures for stopping you or conducting a search. If the search violated your legal or constitutional rights, the court may suppress any evidence the police discovered as a result. It is also possible to lodge a defense based on your lack of actual, knowing possession of the drugs or their illegal status.

For quantities less than the amount needed for a drug trafficking charge, you could still be charged with drug possession, which carries significant fines and jail time, and so an effective defense is required.

Jack B. Swerling, Attorney at Law, in Columbia offers experienced criminal defense representation to individuals throughout South Carolina. If you or a loved one is facing drug charges of any type or degree, call us at 800-701-0599 or contact us online to schedule your initial consultation.