Lawmakers in South Carolina have renewed efforts to pass legislation that would more severely punish hate crimes. Currently, South Carolina is just one of three states without laws that impose enhanced penalties for crimes that target someone based on personal characteristics or membership in a particular class. 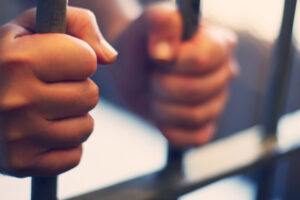 person because of race, religion, color, sex, age, national origin, sexual orientation or homelessness.  A conviction under the proposed statute would result in a fine of $2,000 to $10,000 and/or a prison term of two to 15 years. At least $2,000 of the fine and two years of the prison term could not be suspended.

Democratic lawmakers have been pushing for a hate crimes bill for five years but previous attempts failed to make it out of committees. Republican opponents have challenged such legislation on equal protection grounds, saying it unfairly limits protections to certain classes of victims.

However, the latest efforts could see more traction, thanks in part to growing momentum in the business community for enhanced penalties for hate crimes. On December 1, 2020, the South Carolina Chamber of Commerce endorsed efforts to pass a hate crimes bill and urged lawmakers to move forward.

In addition, there is evidence of an increased presence in South Carolina of hate groups — defined as organizations that attack or malign an entire class of people based on personal characteristics. The Southern Poverty Law Center tracked 20 hate groups in the state in 2020.

Currently, an individual in South Carolina can be prosecuted for a crime motivated by hatred for a certain class of victim, but the law doesn’t provide for any penalties beyond those for the underlying crime. However, if prosecutors believe a case merits additional punishment, they can refer it to federal authorities for prosecution under the federal Hate Crimes Act. If you have been charged with a hate crime under state or federal law, you will need a strong criminal defense. Even a conviction under current state law can carry serious consequences.

Jack B. Swerling, Attorney at Law, offers aggressive representation in all criminal cases. If you or a loved one is charged with a hate crime or any other offense, call us at 800-701-0599 or contact us online to schedule your initial consultation at our Columbia office.