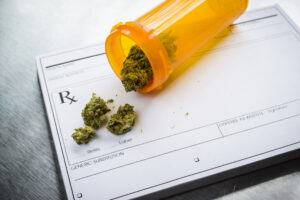 Following years of debate and advocacy on both sides of the issue, South Carolina legislators may soon allow individuals with debilitating medical conditions to possess and use marijuana. A bill first introduced in 2017 has gained support from Republican and Democrat lawmakers alike. Though it stalled during the 2019 legislative session, Forbes has gone so far as to predict its approval in 2020.

Under the terms of the proposed Compassionate Care Act, a patient would be eligible to purchase up to two ounces of medical marijuana from a licensed dispensary every two weeks for any of the following debilitating medical conditions: cancer, glaucoma, HIV or AIDS, hepatitis C, Crohn’s disease, ulcerative colitis, ALS, PTSD, autism, idiopathic pulmonary fibrosis, neural-tube defects, Parkinson’s disease or Alzheimer’s disease.

A patient may also be approved for medical marijuana for a disease or medical condition that results in severe debilitating pain, severe nausea, seizures, neurological disorders, severe and persistent muscle spasms or wasting syndrome (cachexia). The bill would allow the Medical Cannabis Advisory Board to add other serious medical conditions or treatments to the approved list.

A 2018 poll conducted among South Carolina residents by Mason Dixon Polling and Strategy found that 61 percent of respondents supported the legalization of medical marijuana. If the House and Senate go along with voter interests, people in search of the therapeutic benefits of marijuana could breathe a major sigh of relief. Supporters of the Compassionate Care Act have also pointed to the ways in which  the legalization of marijuana could benefit South Carolina’s agriculture industry.

At present, possession of marijuana in South Carolina is a misdemeanor punishable by up to one year incarceration and a fine of up to $2,000. Even a sick person charged with marijuana possession could end up with a criminal record that he or she may have to explain to future employers, lenders and others.

Criminal defender Jack B. Swerling, Attorney at Law has helped people across South Carolina fight drug charges. If you need a skilled attorney on your side, call 800-701-0599 or contact us online to schedule a consultation. Mr. Swerling’s office is located in Columbia and he defends clients throughout the state.