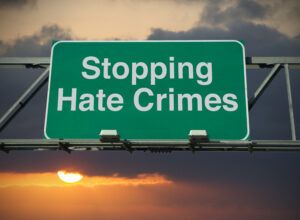 In a bipartisan effort, South Carolina lawmakers are looking to pass a law that could result in more severe punishments for committing a crime that singles out victims based on membership in certain protected classes. If the law is enacted, South Carolina would join 46 other states that have adopted similar measures.

The hate crimes law would apply to specified offenses if they are motivated by race, color, creed, national origin, ancestry, religion, gender, sexual orientation , age or physical or mental disability. If a defendant is found to have been motivated by hatred of any of the protected classes, a judge would be able to increase his or her sentence by tacking on the following penalties, in addition to those that exist for the crime itself:

A defendant could be found guilty of a hate crime if he attacks someone because he incorrectly thinks the victim is of a particular race, ethnicity, religion or other protected group.

The bill, introduced by two Democrats and two Republicans, has since gained support from several members of each party. Proponents believe that the law’s enhanced penalties will help deter future hate crimes. Opponents express concern that the law could be discriminatory, offering people within protected classes more protection than everyone else. Still, the law appears to be on track for passage, so any person accused of a hate crime will require a strong criminal defense to try and avoid these serious repercussions.

The new law would make it mandatory for South Carolina agencies to submit hate crimes data to the FBI. Reporting is currently voluntary. According to the FBI’s Hate Crime Statistics Report, 111 hate crimes were voluntarily reported by South Carolina agencies — including counties, cities, medical centers, universities and colleges — in 2018. Race and ethnicity were motivators for most of those crimes, followed by religion, sexual orientation, gender identity and disability.

Jack B. Swerling, Attorney at Law works tirelessly to defend clients and to help them resolve their criminal case. If you or a loved one are in need of advice or representation from an accomplished South Carolina criminal defense lawyer, call 800-701-0599 or contact us online to schedule a consultation. Mr. Swerling’s office is located in Columbia and serves clients throughout the surrounding areas.